The Paramedic Stroke Mimic Telemedicine Project was initially established to explore the use of videoconferencing technology to support registered paramedics from the East of England Ambulance Service NHS Trust (EEAST) in their pre-hospital assessment of suspected stroke mimic patients. The aim of the project was to explore if telemedicine could be used to prevent Emergency Department (ED) admission of stroke mimic patients.

The initial Paramedic Stroke Mimic Telemedicine Project ran as a feasibility project and was operational Monday – Friday 9am – 4.30pm; commencing on 1st October 2018 – July 2019. The aim was to assess 50 patients using the telemedicine platform to assess feasibility over an anticipated 6-month period (whichever achieved first).

The overall projects aims were to:

In this feasibility phase, a total of 12 paramedics had access, via the Visionable app on an iPhone or iPad, to one of the Stroke Consultants at Ipswich Hospital.

Shortly after a two-day training workshop, the paramedics were all supplied with either an iPad Mini 4 and SIM card (latter supplied by EEAST) with the Visionable App downloaded or an iPhone 7 with the dedicated telephone number to contact the Stroke Consultant. Telemedicine platform training was undertaken as part of the Study Day and all iPads tested and working and the Project Manager’s contact details shared. The paramedics were texted at the beginning of each week to inform them of which Stroke Consultant was available to them for advice.

The Stroke Consultants used the stroke telemedicine carts to connect with the paramedics as the telemedicine carts are more easily accessible on the Stroke Unit and in ED. We also trained an additional 12 paramedics who were to be supported by 3 Stroke Consultants at Norfolk & Norwich Hospital – but this cohort of the project never became established due to delays related to information governance requirements at the hospital Trust. 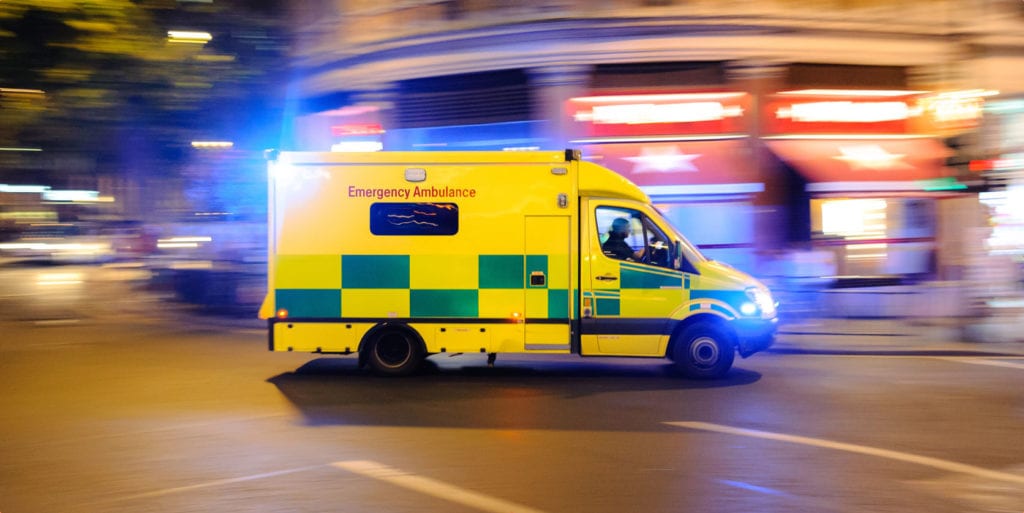 There were a number of challenges to the project:

Following a review by Lord Carter, the NHS has already agreed that a primary target for the ambulance service is to reduce avoidable conveyance. Reducing conveyance benefits the patient and the system as well as indirect benefits on traffic and wider society.

A more recent publication by the Oxford AHSN highlighted the need for pre-hospital links with Stroke Consultants, suggesting Trusts “consider enhanced pre-hospital communication with stroke consultants to reduce unnecessary conveyance to hospitals for patients with a stroke mimic or TIA” (2020: 10)

The median teleconsultation length was 37 minutes. We only experienced technical issues with connectivity on one occasion – and the patient very kindly let the paramedics use their WiFi network. This is using the current App approach which we estimate that this will be less of an issue as the project develops.

This is an innovative project that has attracted wider national interest with a clear need for the use of technology enhanced care to support the enhanced virtual triage of stroke mimic patients. Anecdotally the App is easy to use and the patient response has been very positive, with a 99% ED admission avoidance to date.

Some barriers have been overcome – some initial resistance from EEAST IT Directorate, linked to their large internal workload, which has been overcome with additional support from the telemedicine company. Additional finances have been provided by the Eastern AHSN, for which we are very grateful, in supporting backfill costs for the paramedic’s release for the Study Day. We were also supported with funding from the Eastern Academic Health Science Network as we were part of their Digital Pioneer Programme.

To learn more about how Visionable can help your team, please email us at